Trisha Chanda is a doctoral student in the Department of Consumer Science at the University of Wisconsin-Madison. Her work is primarily centered around female labor force participation and its interaction with life events and public policy. She is also interested in enquiring into household bargaining power of women in developing countries using an intersectional framework.

Trisha was driven to use Economics a as a tool for addressing issues of social importance out of a fundamental uneasiness about the various injustices that she had witnessed growing up in a developing country. A few rigorous microeconomics courses from Presidency College, Calcutta (B. S. in Economics, 2016) made her realize that Economics, as of itself, is restricted by its various assumptions which are often very different from reality. In her master’s thesis for her degree from the University of Calcutta (M. S. in Economics, 2018), Trisha tried to understand what drives religious behavior in individuals through mainstream economic models. This only reinforced her belief but also introduced her to economic theories which differ from the neo-classical model. Working at grassroots levels with the Reserve Bank of India and other research organizations on issues ranging from dying industrial belts in the country to the problem of child marriage made her aware of the layers of bureaucracy and red tape that a policy intervention has to go through in order to be actually implemented and make a tangible difference. From these experiences she became interested in behavioral economics and how it could be used for modeling interventions in developmental policy-making. Since nudge economics is extremely powerful in changing human behavior at little or no cost, pecuniary or otherwise, Trisha wants to work to increase its application in attending to the singular problems faced by consumers in developing countries with a special focus on poverty alleviation by improving people’s financial decision-making. 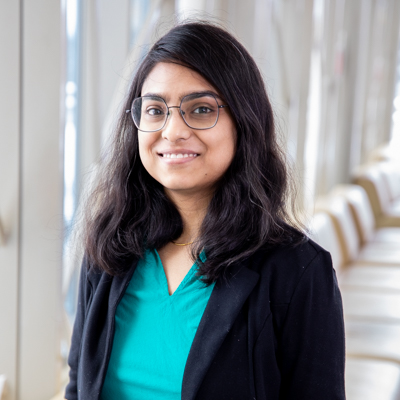