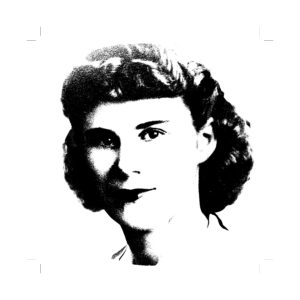 C. Marie Burns Kraemer, the granddaughter of first-generation immigrants, was a shining example of the Greatest Generation. She is remembered for her ever-present smile, cheerful disposition, tireless work ethic, and common-sense values.

In 1942, she worked for Commonwealth Telephone Co. in Madison and met Edwin Kraemer. After World War II, they moved to Spring Green and began a family that would ultimately grow to six children, 11 grandchildren, and many great-grandchildren. While Edwin, a former German POW, worked around the state for Kraemer Bros. Construction, Marie raised their children and managed the family’s 10,000-bird chicken farm. She later worked as a nurse’s assistant for more than 13 years at Greenway Manor Nursing Home.

Ann Neviaser (MS 1985 Consumer Science), herself a 100 Women honoree, made a gift to the 100 Women Chair in Human Ecology to honor her late mother, saying, “Mother proved that a life of hard work grounded in Christian values could produce an exemplary life.”