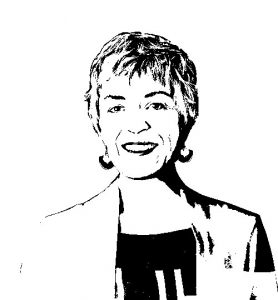 Diane Endres Ballweg (BM 1985 Music Education) follows the axiom, “Live passionately and give generously.” True to this belief, Diane is an inspiration to many as mother, grandmother, educator, business executive, community leader, musician, aviator and philanthropist. While raising her three children she earned three degrees; one from the University of Wisconsin-Madison and two from Edgewood College. An advocate of lifelong learning, Diane secretly took flying lessons for two years, surprising family and friends when she became a licensed pilot. She has flown to six continents, navigated remote airstrips, and retraced the flight path of Japanese fighter pilots on their approach to Pearl Harbor. Her love of flying inspired her to establish and teach an aviation class at Edgewood High School. Not one to say “no” to community organizations, Diane has served on more than 30 boards, generously sharing her time and expertise, and inspiring others by her philanthropy. Her gift to the School of Human Ecology exemplifies her philanthropic leadership by making it possible to launch a new initiative examining the complex interdependency of human relationships and the role financial decisions have in life fulfillment and well-being.