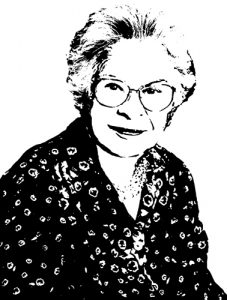 Elizabeth Metz (1901-1999) (MS 1935 Home Economics) earned her undergraduate degree from Ohio State University in 1925. She taught school in Ohio before moving to Wisconsin to begin her graduate education. After earning her master’s degree, she taught high school in Waterloo and Clinton, then at the Two Rivers Vocational School, before accepting a position with the Marinette Vocational School, where she taught from 1944 to 1966. She later worked as a coordinator at the Marinette Technical Institute. Following her retirement, Elizabeth was an active volunteer, especially supporting literacy efforts. She volunteered with the federal program, Goal Oriented Adult Learning (GOAL) at the Marinette branch of the Northeast Wisconsin Technical College. “I have the education and thought, if there’s something I can do in the community that’s valuable, I might as well do it,” she told a Green Bay Press-Gazette reporter. “My parents were college graduates of the 1880s and 90s. They saw that when I graduated from high school, I better keep going.” In her estate, Elizabeth left a generous gift to the school, a portion of which supported a facilities master planning project, which enabled the renovation and expansion of the Human Ecology building to begin.