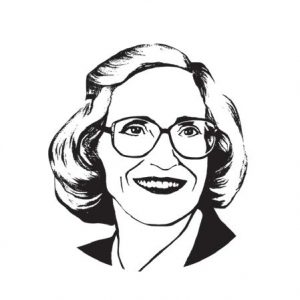 JoAnn Bolender (1930-2013) (BS 1952 Home Economics Education) grew up on a primitive family farm near Lancaster, Wisconsin, where she earned fame as Prom Queen and Grant County’s 1947 candidate for Wisconsin Dairy Queen. After graduating from a one room country school, JoAnn found her way to Madison to complete a degree in Home Economics Education and to be near the love of her life, John Bolender (BS 1951 Engineering), whose passionate letters persuaded JoAnn to transfer from UW-Stout to UW-Madison. JoAnn’s aspirations to teach took a detour when shortly after their marriage in 1952, she and John relocated to the Pacific Northwest so John could pursue an engineering career with Boeing. While raising their daughter and three sons, all college graduates, JoAnn served briefly as a Navy Officer’s wife. Throughout her lifetime, she was active in her church, a nearby childcare center and several other community organizations. Her talents were many and her positive, upbeat attitude was an inspiration to all. As a loving tribute of their 60 years of marriage, John participated in the Nicholas matching gift opportunity with a gift to Human Ecology’s need-based scholarship endowment.