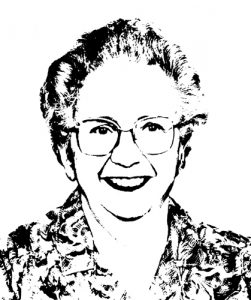 After earning her bachelor’s degree from Iowa State University in 1939, Katherine Annin (1917-2004) accepted an appointment to the Bureau of Home Economics in the U.S. Department of Agriculture. She married in 1942 during World War II, but her husband was missing in action a year later. Following the war, Katherine accepted a position as regional home economist with the U.S. Rural Electrification Administration, with territory covering six states, and earned her master’s degree from The Ohio State University in 1954. In 1955, Katherine joined the faculty of the University of Wisconsin-Madison College of Agriculture and Home Economics as a professor and UW-Extension home management specialist. “Kate was quite assertive and that helped her get things done,” colleague Jane Graff remembered. When she retired in 1968, following her marriage to Gerald Annin, her involvement in volunteer activities grew. She supported causes she believed in, crocheted gifts for friends and volunteered at organizations such as the Grace Episcopal Church Altar Guild. Jane noted, “She always got into things to help others.”