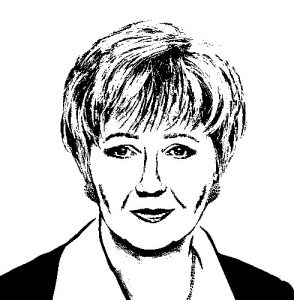 Courageous, determined … words describing the role Lorna Jorgenson Wendt (1944-2016) (BM 1965 Music) had as a pioneer in the quest for equality before, during and after marriage. Having put her career on hold to raise children, manage a household and support her husband’s business endeavors, Lorna started a national discussion on fairness and equality in all relationships when her 32-year marriage ended and she publicly defended her role as an equal partner. Realizing there was a need to help others understand the many facets of equality, Lorna founded and led the Equality in Marriage Institute from 1998 until its closure in 2008. While issues of equality defined her public persona, Lorna had a lifelong commitment to many civic and nonprofit organizations, serving on the boards of Outward Bound International, the Stamford Symphony, and the Greenwich Chorale Society. Her service to the University of Wisconsin included the School of Music advisory board and the Women’s Philanthropy Council. Her 100 Women gift launched the Money, Relationships and Equality (MORE) focus of the 4W Initiative (For Women, for Well-Being, for Wisconsin and for the World).