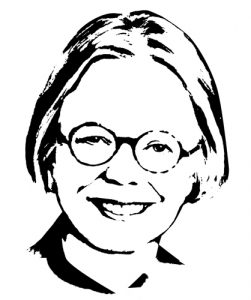 A true Renaissance woman, Phyllis Rasmusson Huffman (1926-2015) (BS 1948 Home Economics Journalism) thrived in her roles as a writer, homemaker, and arts and education leader. After her marriage to William Huffman (1924-2008) (BS 1950 Agricultural Journalism), the couple moved to Wisconsin Rapids, where Bill’s family owned the local media (a daily newspaper and radio stations) and they began their family. Phyllis passed on an appreciation for the Wisconsin Idea to their four children, all of whom graduated from UW-Madison. She was one of the first women on the University of Wisconsin Foundation Board of Directors. Her 100 Women gift established the Phyllis Rasmusson Huffman Fresh Ideas Fund to support programs that encourage student innovation.