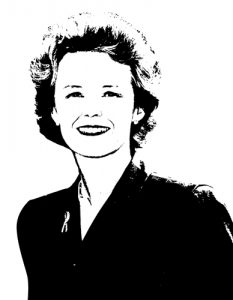 Robin A. Douthitt, Dean Emerita of the School of Human Ecology, completed her PhD in Microeconomics at Cornell University and came to the University of Wisconsin-Madison as a Consumer Science professor in 1986. She founded the UW-Madison Women’s Faculty Mentoring Program and served on the UW Athletic Board, where she represented Wisconsin faculty to the Big Ten. She was named Vaughan Bascom Professor and in 2000 she received the Cabinet 99 Faculty/Staff Recognition Award from the Wisconsin Alumni Association. Named Dean of the School of Human Ecology in 2000, Robin managed four departments, led five research centers, and directed a $14-million (2010 – 2011) operating budget. Dean Douthitt led the $52.6 million capital project to expand and renovate the school’s main building – creating a technology-rich environment; promoting interactions among faculty, students, and staff with gathering spaces such as study commons, wireless study alcoves, and a café; enhancing the visibility of the school’s unique assets, including the Design Gallery and Helen Louise Allen Textile Collection; and providing safe drop-off and parking to support the Preschool’s educational, research, and outreach programs. The school broke ground on the project in April 2010, and moved into the new facility, Nancy Nicholas Hall, May 2012.