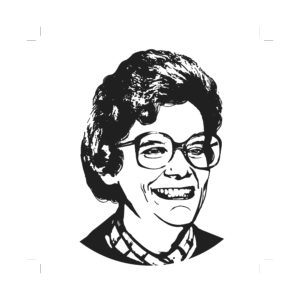 Signy Haaland Koeble (1932-1996) (BS 1954 Child Development) devoted her life to nurturing children. After teaching kindergarten for two years in Cudahy, Wisconsin, “she was then quite adamant about being a stay-at-home mom,” remembers her husband Charles (BBA 1953 Business), whom she met while on campus. “She thought it was very important to be a homemaker and to create a foundation for our children.”

Later, Signy returned to teaching in Milwaukee Public Schools as a long-term substitute kindergarten teacher and in Head Start. As a volunteer, she helped hospitalized children with schoolwork. Signy’s commitment to young children resonates throughout her family, inspiring a niece to major in early childhood education. Two granddaughters pursued degrees in Human Ecology. Charles chose to honor his late wife through the 100 Women Chair in Human Ecology as a tribute to Signy’s devotion to children and the inspiration she provided to her family and community.