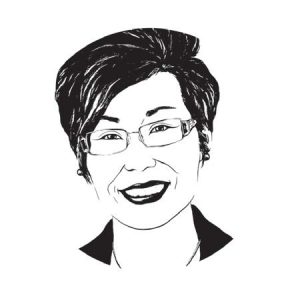 In 2012, Soyeon Shim became Dean of the School of Human Ecology, ushering in a new era for the school. With incredible drive, passion, and collaborative spirit she redefined what it means to be a Human Ecologist in the 21st century. Growing up in Seoul, South Korea, Soyeon and her siblings would answer their father each night with what they had done that day that was worthwhile, to justify eating the meal set before them. This early lesson instilled a strong sense of purpose, driving her academic and professional achievements, including degrees from Yonsei University and the University of Tennessee-Knoxville. She spent 22 years at the University of Arizona as an administrator and scholar of consumer and financial behavior, and founded the longitudinal study, “APLUS,” researching young adults’ financial habits and life outcomes over more than ten years. In 2017, Dean Shim was named the Ted Kellner Bascom Professor, recognizing the high esteem in which she is held by her colleagues. She was nominated for 100 Women recognition by Lynn and Gary Mecklenburg, who greatly admire her visionary leadership. Soyeon’s husband, Christopher Choi, is a Professor of Biological Systems Engineering. They have proudly raised two children together, Jina and Ian.