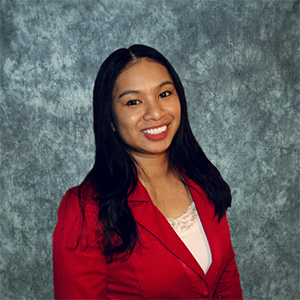 Saran Ouk first heard about the School of Human Ecology’s Community & Nonprofit Leadership program from a colleague in her first career at a credit union. As someone who’s received nonprofit support — her family immigrated to the Midwest from Cambodia in the 1980s — she says she’s always had a passion for nonprofits and wanted to give back but didn’t know how.

Internship Experience: At first, Ouk’s motivation for applying to her City of Madison internship was financial: “A lot of my classmates found amazing opportunities with nonprofits, but most of them were unpaid,” she explains. “I had quit my job of nine years to focus on school full-time and I simply needed a paid internship.”

“It was an amazing experience to be able to do both government and nonprofit work through this internship,” Ouk says.

Current Position: Office of Business Resources Manager in the Economic Development Division for the City of Madison

After graduating, Ouk was inspired to start a nonprofit called conNEXTions, which provides personal and professional development, networking and mentoring to underrepresented young adults in the Madison community. Six years later, she continues to lead conNEXTions, with the help of some newly hired staff, but has returned to city government work, this time as a leader. “City employees have told me it’s inspiring that someone like me, who started as an intern, grew into a permanent role and then a high-level managerial position,” Ouk says.

Advice for current students: “Build relationships and keep an open mind — you never know where life will take you.”