Government isn’t responsible for raising children, parents are. But some communities make it a lot easier to raise children well than do others.

From as early as the preschool years, we can predict much about children’s future lives: their school success or failure, their stable or unsettled marital and work histories, their drug abuse or home ownership, their physical, mental, and financial health in middle-age. If we make small changes in a child’s early years, those changes can add up to big differences in adulthood. It is no wonder, then, that public investments in children’s early years are among the most cost-effective programs of government, saving the taxpayer much more than they cost. My work has been directed at testing and promoting early interventions to help parents do their best in raising their children, helping child care programs improve their quality, and helping community / government leaders understand the costs and benefits of community supports for parents and early childhood programs.

This work has been recognized by the highest award of the American Psychological Association, the Award for Distinguished Contribution to the Public Interest. My students helped with this work (I supervised the completion of 20 MS or PhD degrees), and those students are now professors or program directors across the U.S. and in three other countries. 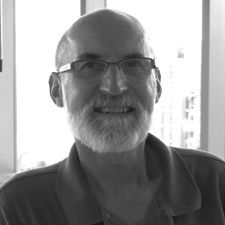