The Hitchhiker’s Guide to the Galaxy, written by Douglas Adams, has long been a favorite book and movie of mine.  While it is a wholly fictional book, the messages conveyed within its’ pages are perfectly applicable to life here on Earth.  Moving away from home, however near or far, can be an exciting, fulfilling, and terrifying experience all at once.  Undergrads on the verge of graduating have a lot of questions on how to adjust to life after college (myself very much included).  The Guide provides some very simple lessons that can help anybody going through a major transition in life, especially while traveling.

The following is a list of very simple messages conveyed in the book that I have found incredibly helpful during my time away from home.  I guess now would be a good time to say: SPOILER ALERT! 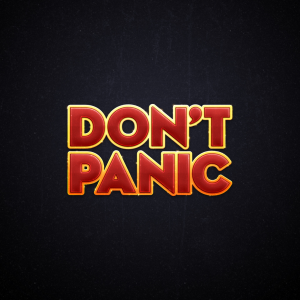 Printed boldly on the cover are the words Don’t Panic!. These two simple words will you get you through any situation encountered while travelling abroad (or life in general, really).  Missed your flight? Don’t panic.  Don’t speak the language?  Don’t panic.  Lost your job?  Don’t panic.  There’s a creepy guy staring at you on the bus and now he’s getting off at the same time you are?  Don’t panic.  Whatever the situation, don’t panic.  It will consume your thoughts and cloud your judgement, thus thrusting you into a cycle of making bad decisions leading you into even worse situations

2. Always Know Where Your Towel Is

This one isn’t as obvious as “Don’t Panic!”  But equally important.  As a recent grad, you’re probably travelling on a budget, and staying in hostels, not four-star hotels.  Having your own personal towel will add some peace of mind to your stay, and save you from wondering who the last 30 people were to use the towel you rented from the hostel.  Also, need a place to sit on the beach? Use your towel.  Trying to sleep on a bus?  Use your towel.  Trying to flag down a ride?  OK, maybe don’t use your towel here, but keep it handy, just in case.

In The Guide, a group of beings create a computer to tell them the answer to, “Life, the Universe, and Everything” only to be disappointed by the answer: 42. Befuddled by the answer, they ask the computer what it means, only to find out they didn’t ask the proper question.  If you are travelling/living abroad, you’re looking for something– adventure, excitement, love, purpose, etc.– but you won’t be able to find what that thing is until you’ve spent some time in self-reflection.

4. You’re not as smart as you think you are

Throughout the book, Arthur is introduced to technology, planets, and beings beyond his wildest dreams, all of which make him question everything he has ever known.  Moving into a new culture will open your eyes to different languages, cultures, and customs.  Be sure to keep an open mind when experiencing these new things, allow your thought process to be challenged, and after that you’ll be able to actually learn something.

This is on the back cover as well, probably because it simply can’t be stated enough just how important it is to not panic.