A Planting Ceremony with Preschool Alums and Campus Officials

On January 14, 2015, the oldest tree on campus, President’s Oak, was officially taken down. UW Child Development Lab (CDL) preschoolers had become quite attached to the 300-year-old tree they called “bur oak” and gave it an emotional and meaningful goodbye that captured attention on campus and from local media.

But, back 2013, horticulturalist and UW-Madison alum Michael Yanny was touring campus and had noticed that the President’s Oak “wasn’t looking good.” He asked permission to take some clippings. Yanny had been grafting oaks for 35 years and had just recently started to have good results.

A few years later, he got a call from Daniel Einstein, UW–Madison historic and cultural resources manager, asking about his grafting project. It had taken five years, but Yanny had gotten a few to grow.

On October 10, the hardiest tree graft—called a scion—was planted near the original bur oak in a rainy ceremony attended by Chancellor Blank, Yanny, four CDL alumni, and others.  Blank and Einstein spoke about the history of the original tree and the future of the new President’s Oak. The children added their wishes written on paper to the soil and sang “Happy Birthday.” Then, all in attendance were able to dig in and help plant the oldest and newest tree on campus. 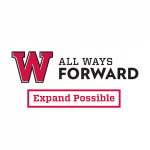 Annual gifts provide immediately available discretionary funds that the Dean uses for facilitating faculty research and innovation at SoHE. Individual support makes a significant impact in keeping UW-Madison ranked as one of the nation’s leading research universities and to move the world forward.