Jennifer Schlavensky is a recent graduate of the School of Human Ecology, majoring in Textiles and Fashion Design.

Stomachers—fabric panels, often decorative, that fit into the front opening of gowns and robes—have been called the “ancestors of the corset.” Stomachers have been around as early as the 16thcentury, and remained a popular asset to a woman’s wardrobe well into 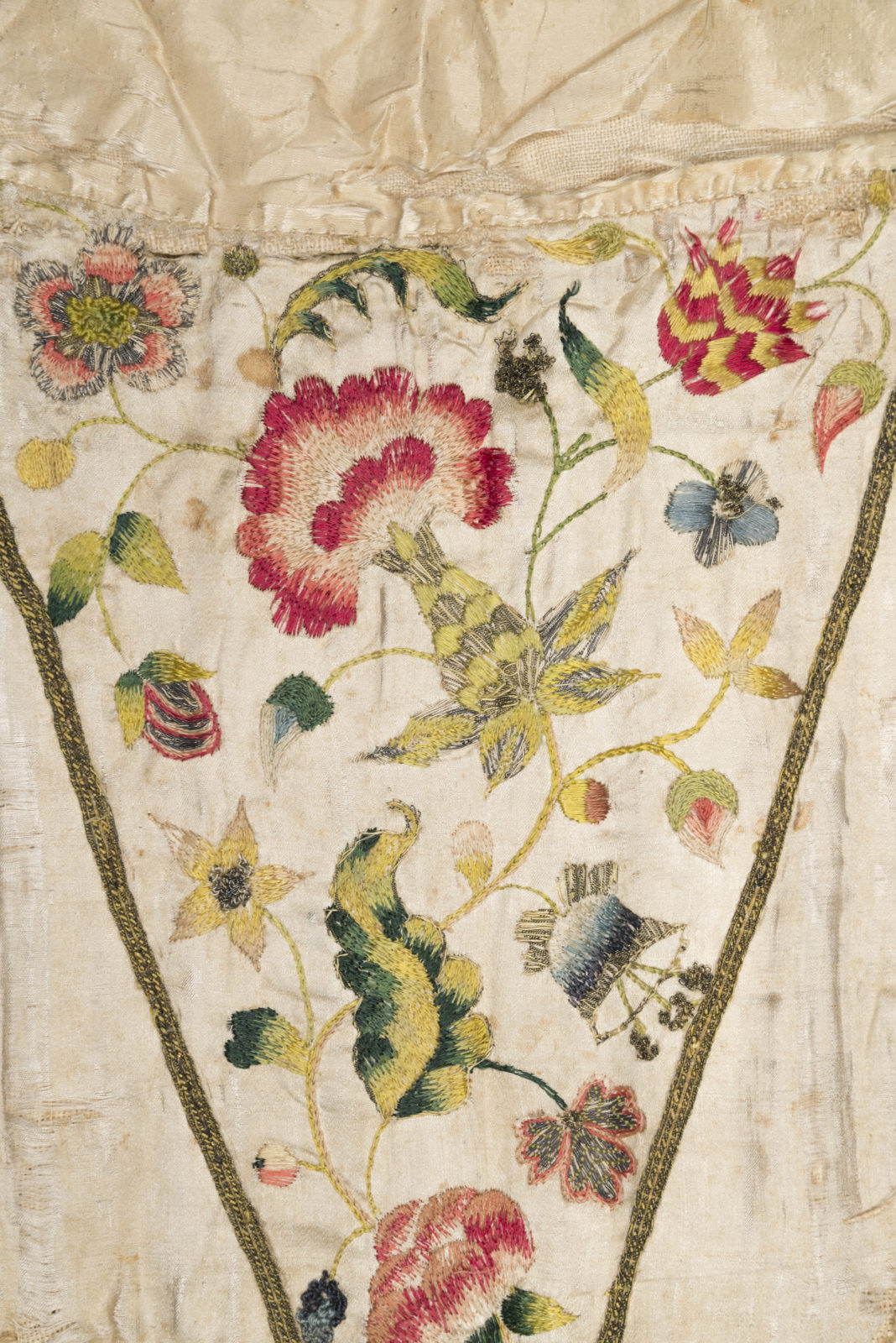 the 18thcentury. This particular stomacher was made in the latter half of the eighteenth century. It comes from the United Kingdom of Great Britain and Northern Ireland, and belonged to a woman named Miss Andrews.

The typical shapes of the stomacher in the 17th and 18th century were cone-shaped and triangular. The piece was often embellished with floral embroidery, lacing and frilly bows. Other common decorations were sequins, metallic braids and ribbons. Upper class courtesans decorated their stomachers with a brooch or 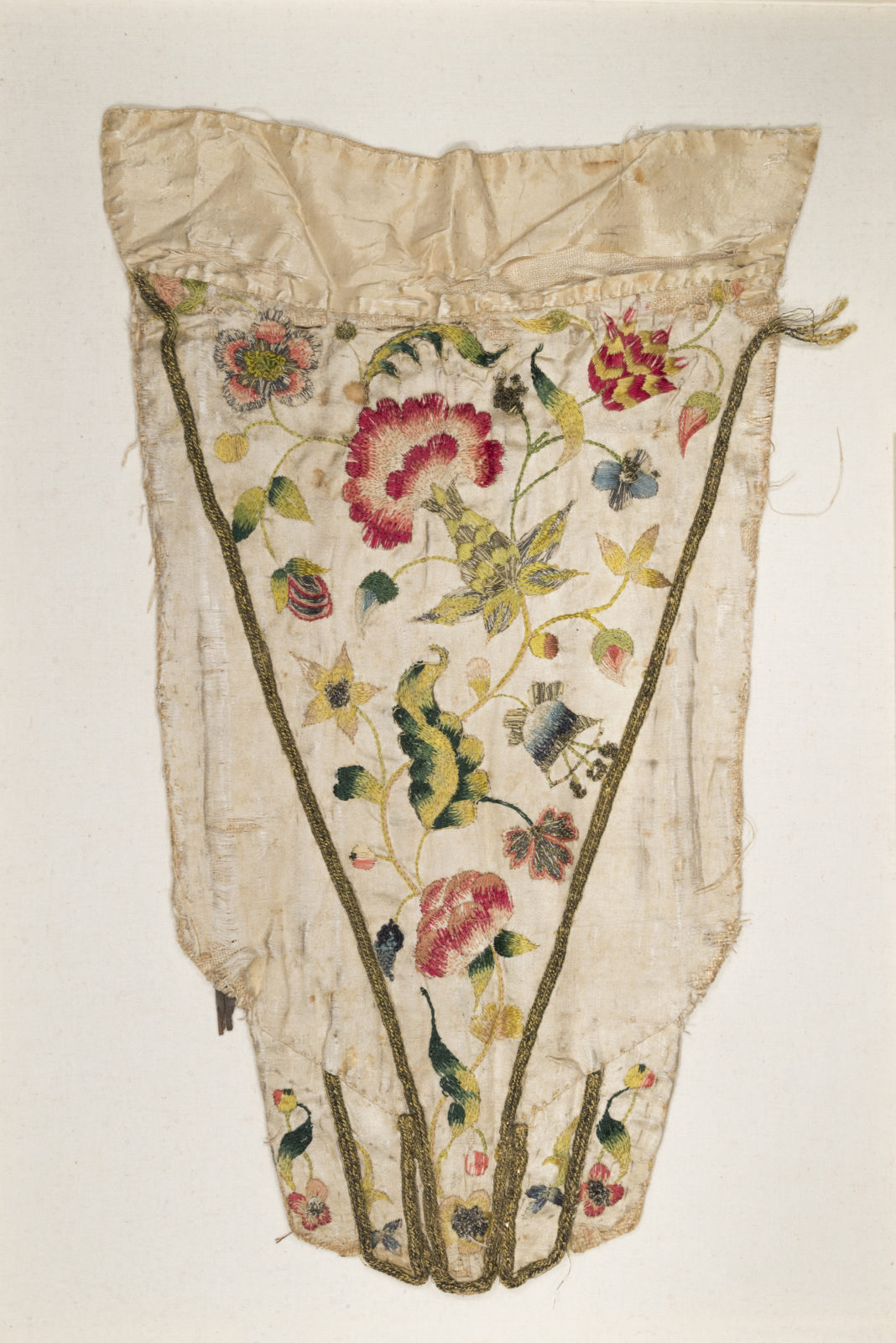 jewel that covered the entire front, often known as a stomacher jewel.

Gowns from the 17thand 18thcenturies required a stomacher to close them. Stomachers were either boned to provide more support, or unboned for a rounded silhouette. The bottoms were rounded, pointed, or squared. This particular stomacher has a pointed, cone-shape. The technique used for embellishment is intricate floral embroidery. According to the HLATC records, the embroidery is a split satin stitch on white satin. The piece is backed with plain weave linen and stays of thin slices of horn.

Stomachers were meant to blend into the dress and also compliment it with contrasting colors or patterns. An open-front bodice was practical in the 18thcentury, and the stomacher gave multiple options for mixing outfits. The stomacher allowed for change in weight or pregnancy; the woman only had to change the width of her stomacher to accommodate the change in her body.

Discover more about this piece here.