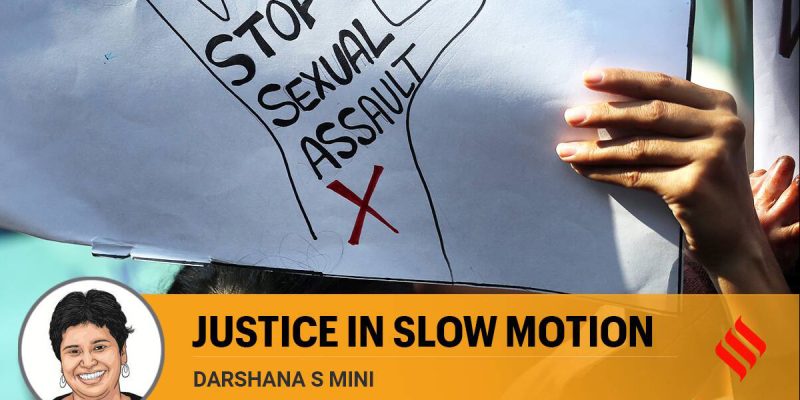 This is part of a story series highlighting the impact of investing in women-led wellbeing projects around the world.

Darshana Sreedhar Mini’s research into gender and labor issues in the movie industry of southern India could not have come at a more historic time.

As it did in the United States, the #MeToo era exploded in India in 2017, but the initial reaction to women coming forward with stories of sexual abuse and harassment in the film industry there has been, in Mini’s words “tepid, if not hostile.”

One issue, she said, is that sex outside of marriage is taboo and not talked about openly, so “society as a whole is still struggling with ideas of consent and liability.”

Mini, an assistant professor who teaches the popular “Introduction to Cinema” course in the Department of Communication Arts, is an expert in sex and gender roles in South Asian Cinema.

Thanks to her 4W innovation grant, she has spent summer 2022 in Kerala state, interviewing people in the Malayali film industry, which has been rocked by a notorious scandal.

In 2017, an actress went to police saying that famous actor and producer Vijay Babu had drugged her and raped her. She said he attempted to control her career by promising roles in films.

Babu retaliated, going on Facebook live and naming the victim. And then, Mini said, the film industry rallied around Babu, casting him as a victim and “slut shaming” the woman. Similar attacks happened to other women who came forward with #MeToo complaints against the Indian film industry.

The response of cinema trade guilds, which largely supported the men, led to the formation in 2017 of the Women in Cinema Collective (WCC), which represents hairdressers, actresses, directors, cinematographers, editors and production personnel. The WCC supports women, and deplores victim shaming, using the hashtag #Avalkkoppam (with her). Mini researches the movement and writes about the evolving government response, including a commentary for the Indian Express titled Justice in Slow Motion.

Mini had to use investigative skills to track down the people who made these wildly popular films using pseudonyms. She also looks into the how the figure of the madakarani (sex-siren) offered a new way of looking at women’s sexuality in an art form that had been dominated by a male hero narratives.

Her book focuses on the story of an actress named Shakeela, who starred in 250 movies, becoming the emblematic soft-porn star of the 1990s. She looks at how Shakeela’s outsider status and her heavyset body type embodied Malayali society’s conflicted relationship with sex and desire.

Lori DiPrete Brown, 4W director, said that Mini came to campus during the COVID pandemic, a difficult time to make connections because of remote work. The 4W circle offered a research community, and, in turn Mini has taken on a mentor role to 4W graduate student researchers.

“We had students interested in working on caste as an equity category in the United States,’’ DiPrete Brown said, “and here we have a woman who is an expert in the role of caste in the Indian film industry. She joined us so recently and has already begun mentoring future leaders.”

Women & Wellbeing in Wisconsin & the World (4W) leverages the strengths of UW-Madison to be a convener and leading voice in education, applied research, and impactful engagement to promote gender equity, global wellbeing, and the full participation of women in society. 4W grants are made possible through annual support from the University of Wisconsin Women’s Philanthropy Council and gifts from our supporters. Grant recipients become part of the 4W network, where they have access to mentorship, collaboration, leadership development, and resources to deepen their expertise related to gender analysis and wellbeing.

Read more in this story series about the impact of investing in women-led wellbeing projects around the world: